The HIPERION consortium gets together for the General Assembly meeting in Mondragón, Spain 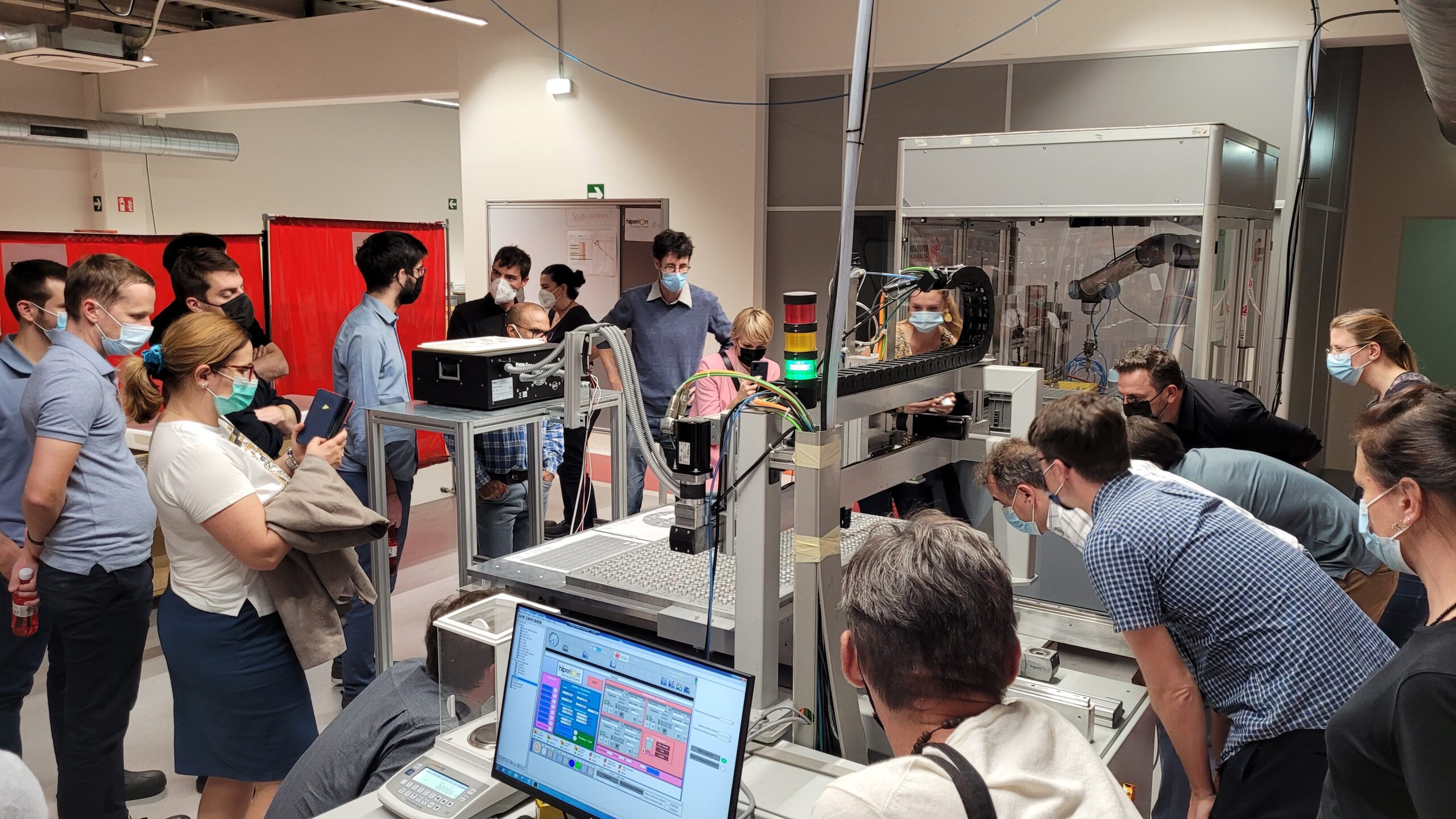 The HIPERION consortium partners had finally the chance to gather for the 2-day M26 General Assembly meeting, on 20th – 21St October 2021, in Mondragon, in the Spanish Basque Country.

The meeting was kindly hosted by partner Mondragon Assembly, whose premises are located there.

The first day was dedicated to the plenary General Assembly meeting, where the work package leaders presented the main achievements, new risks and opportunities, mitigation actions and planned activities for each work package.

After that, Mondragon Assembly led the consortium partners through its facility for a guided visit. This was the opportunity to see the advancements made on the machines that will soon be producing the HIPERION second generation (GEN2) hybrid modules.

In the evening, the consortium was invited to a typical Sidrería in the mountains nearby Mondragon. Partners enjoyed this convivial moment along with traditional Basque dishes and its typical Basque cider.

The HIPERION consortium warmly thanks Mondragon Assembly for the organisation of this get together, which was of utmost importance to strengthen the HIPERION team spirit after such a long time of virtual conference calls.