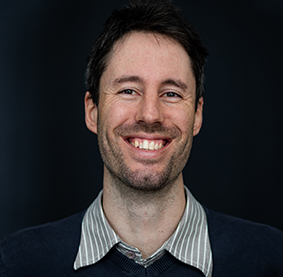 Gaël is responsible for the Internal R&D program of Insolight. He has the technical responsibility for anything related to solar cells and optics and manages several R&D projects with partners. His solid background and creativity are key in reinforcing Insolight’s IP. He is an optical expert who has worked for Intel, where he was responsible for the characterisation of optical components for AR glasses, from R&D to the production line. He also worked for 5 years as a research scientist in the USA and Switzerland, developing optical metrology systems (Fourier-Transform spectroscopy, quantitative phase microscopy). Gaël holds a MSc. in Physics and a PhD. in Photonics from EPFL.

Question 1 (Q1): Gaël, within the HIPERION project, Insolight is the leader of the work package entitled “Hybrid Module design optimization for performance, costs and reliability”, and you are strongly involved in its activities. Can you explain the objectives if this work package?
Answer 1 (A1): The goal of this work package is to define the design of solar panels industrialised within HIPERION. It is a truly interdisciplinary work package, as the design includes optical, electrical and mechanical elements. The outcome is a delicate trade-off between performance, reliability and cost of the solar panel. It must also take into consideration the availability and simplicity of industrial assembly processes.

Q2: Could you explain in what extent the work package “Hybrid Module design optimization for performance, costs and reliability” plays a key role in view of the project outcomes? How will the industrial partners such as Insolight use the project results?
A2: This work package is certainly the most important at the beginning of the project. Design decisions will impact virtually all the other work packages, from the dimensioning of the assembly line equipment to qualification results, and provide inputs for the blueprint evaluation and Life Cycle Analysis. The GEN1 design freeze is therefore the central milestone of the first phase of the project, and a critical step for the industrialization plan of Insolight as well.

Q3: The key milestone on the freeze of the first GEN1 module design has just been achieved. Would you say that the work accomplished is in line with the expectations? Have there been any specific challenges?
A3: In fact, the GEN1 design freeze milestone includes more than pure design aspects: a first assessment of the performance and reliability, and the production of a pre-series for the pilot sites of Freiburg and Madrid was also included. Therefore, all partners in technical work packages have already worked together for the achievement of this milestone! To meet the milestones objectives, the actual GEN1 design freeze was acted in February already. We have now the functional GEN1 panels in hands and it is a great feeling, one year after the project start. I am very happy of the involvement of all partners in this achievement. There were very constructive discussions on critical design choices, with sometimes difficult decisions to take, but everyone showed a positive mindset to align on the technical choices that are sound for the overall success of the project.
One of these decisions was a change of the solar cell size to comply with optical tolerances determined in the initial stage of the work package. The small solar cell being the central element in the module design, it impacted several components and partners. It was nevertheless a necessary decision to let us build performant GEN1 modules, and therefore was supported by everyone.

Q4: Now that the freeze of the GEN1 module design is behind you, what are the next steps within the work package “Hybrid Module design optimization for performance, costs and reliability”?
A4: We are now consolidating performance and reliability data from the GEN1 panels, learning lessons, and already looking at the GEN2 design. Several improvements to the design and assembly process can be envisioned based on the GEN1 learnings and included in the GEN2 design, whose freeze milestone is planned in a year from now. While GEN1 is a pre-series panel assembled in a semi-manual way, GEN2 will be the design for production on the pilot assembly line that is the centre piece of the HIPERION project.

Q5: You are also directly involved in the work package named “Multi-junctions micro-cell receiver, test and board assembly”. What are the main objectives if this work package?
A5: This work package focuses on the small solar cells (about 1mm2) on which direct sunlight is concentrated. These cells are amongst the best available, with efficiencies above 40% under concentration – about twice the efficiency of standard silicon-based photovoltaic panels! They come with a high price tag, which is the reason why concentration is used to reduce their footprint to about 0.5% of the module surface. Several challenges come up with the encapsulation and assembly processes of these small elements, and this work package aims at establishing performant, reliable and cost-effective processes for the precise assembly of high-efficiency cells in m2-size panels. A first method was selected for GEN1 modules, and we will keep working on improving the figures, also considering scale-up perspectives that go beyond the HIPERION project.

Q6: The COVID-19 crisis has had severe impacts in many fields of the economy worldwide. What were the consequences of this crisis on the HIPERION project, in particular on the two work packages mentioned before?
A6: The COVID-19 crisis was quite a challenge to handle! The planning of several work packages was impacted, and in particular the assembly of pre-series modules in work package “Hybrid Module design optimization for performance, costs and reliability”. The semi-manual assembly was planned to take place at Mondragon Assembly in Spain, with the on-site support of Insolight engineers. The plan was disrupted due to site closure and travel restrictions, so we organised a last-minute shipment of production equipment from Mondragon Assembly to Insolight, where a large portion of the office space was used to extend our workshop area. In the end we still managed to produce the pre-series, with a minimal impact on the project. Other work packages were impacted too, inducing an overall delay of 3 months on the project objectives.

Q7: What does working on the project mean for you? What is the part of the work in this project which is the most exciting for you?
A7: It is a really exciting project, and it is truly rewarding to see the conjugated efforts of 15 world-class partners bring Insolight’s technology to the industrial scale. I am also excited by the end-goal of the project: the technology industrialised within HIPERION will enable generation of electricity where it is the most needed. We are living in a world that is more and more urban and densely populated. To produce enough energy within a reach of where it will be consumed (for example zero-energy buildings) is an ever-growing challenge. Land use and the footprint of energy generation are becoming essential metrics. That’s where the HIPERION high-efficiency solar panels come in, with more energy production per unit area than competing photovoltaic technologies. I am proud to be part of a project that will, I hope, contribute its share to the renewable energy mix of tomorrow.

Q8: Gaël, during your professional career, apart from several experiences in Switzerland, you worked as a research scientist in the USA. Would you say that you have acquired specific intercultural skills through this international experience? In what extent do they benefit the HIPERION project?
A8: Working in Colorado in an international laboratory was a great experience. I collaborated with people from more than 10 countries, and it certainly gave me a sensitivity about how to communicate within an international consortium such as HIPERION. Also, Swiss people like me tend to be rather shy and reserved, while people in the USA are in general more outspoken. I realised that it is worth taking a bold stance for a project that I believe in.